eVestigator® Blog, a must have resource for any cyber professional.

eVestigator Blog is Simon Smith's personal blog of some of his real life testimony of his Computer Forensic Expert and cyber forensic private investigator experiences and opinions. Often these are de-identified, demonstrating real life cyber-forensic life situations that have occurred and provides tips, suggestions and a depth of the life of a Computer Forensics Expert and Computer Hacking Forensics Investigator and Ethical Hacker, and Master Programmer - as well as his work as a Forensic Expert Witness for the courts. This is not CSI Folks, this is real life.

These are true events with anonymised data to protect the entities of subjects. Rarely do I report on open cases, but if I do - I will anonymise almost every part of the case - but not to the point that it alters the meaning and cyber determination of facts.

If I see a blog on here that may relate to me, can I have it deleted?

If you believe a story may relate to you or someone you know - it may be coincidence. Stories, although diffent in circumstance follow the same pattern often in cybercrime. However please feel free to ask.

How can I engage eVestigator® for a Media interview?

Brief eVestigator® as an Expert Witness for Expert Evidence or Opinion?

It is important you grab hold of me fast as I am very busy - please call my mobile directly on 0410 643 121 to confirm availabilty and case. I am only available to work on large high profile Hi-Tech crime, civil/criminal cases.

These are a few outstanding hand-picked blogs by eVestigator

13 April 2016 - eVestigator® - "Around 7:30 am this morning a story ran on Channel 9's Today show about the security of contact-less credit cards. It was a good balanced story however I am not of the opinion that criminals can generate the CVV or a derivative of it via a mathematical algorithm and magstrip data. Needless to say, the number and expiry date could book you a nice week at the Hilton Hotel or anywhere MOTO (Mail Order Telephone Order) is accepted, as it is not a merchant requirement to request the CVV for non contact sales." "And of course it featured the eVestigator® himself, Simon Smith!! I was happy to help with the story and taping went well. It was really good to see the finished story and somewhat ironic and funny in a way with the placement of the MasterCard statement! I would have liked to have seen it live but television scheduling can be hectic and the decision to use it was probably last minute, so there was no warning to anyone involved with the story. I am just happy to help shed some light on the possible risks of using this technology. It is an interesting subject and worth looking into further." "The fact that 'Mythbusters' were banned from investigating and/or doing a story related to this technology is disturbing but also understandable to an extent. Methods of stealing and copying credit card information shouldn't be advertised and made publicly available without proper countermeasures as readily available." "However, if the technology is as secure and unhackable as they say, why wouldn't they be confident enough to allow people to publicly test it? It would reassure the public if all attempts are unsuccessful. A copy of the exclusive is available here, or see below."

20 June 2016 - eVestigator® - "In a complex case of cyber stalking, cyber harassment and cyber bullying, where both parties are in a contentious situation, Simon Smith (eVestigator) has been appointed by the parties to an intriguing legal battle between 3 parties to where there has been a case of stalking and mental harm as defined in the Personal Safety Intervention Orders Act 2010 but by whom? I am completely independent in all cases and only report on facts so provided parties cooperate, it will be one of my many interesting cases." "Simon has succeeded in many of these, including recently a reverse stalking case that ended up in finding 7 identities relating back to the one sole entity with no IP address whatsoever. Cyber email skip-tracing is something that is eVestigator's specialty and it is not easy without the ability to perform a summons or have police help when stalking is performed by means of a 'FREE' webmail account in an overseas jurisdiction with hidden IP headers and absolutely no technical or legal means of getting those details from the source." Having succeeded in other cases, this case poses a very different perspective. The reason for his appointment demonstrates a rather large whole in the system. To be fair, Cyber Forensic Investigators are not Lawyers and Lawyers' are not Cyber Forensic Investigators. In some ways this action may be at the wrong time in the proceedings. It is not a question of law, rather, it is a question of investigation." "There could be several outcomes. Both parties could have nothing to do with the conduct. Either party may. My findings are to the court and I have to do whatever I need to do to ensure my findings are independent and in my training of lawyers as mediators - this is not something that lawyers typically like doing!" "However at the end of the day I look for the quickest path to get to the best solution for a result as long as those paths are not distorted or tampered with. I always find alternative methods and it relies on working cooperatively with all the parties, because litigation and wondering is worse than knowing both for the victim and the stalker (whoever that may be). Update: As it turned out - as I was restricted to one chance at gaining evidence, I asked for a very high threshold of evidence under summons as I leave no stone unturned. I was shortly notified that the parties settled by voluntary undertaking."

25 June 2016 - eVestigator - "In an utmost unbelievable series of non-traceable emails, of an enormous abusive nature - to the point of potentially one of the worst cases of impersonation and fraud I have seen to date, eVestigator succeeded in catching 7 stalkers in 1."
"Although in instinct, it was known in 5 minutes, in evidence it took about 8-10 hours to get the evidence. IP Tracing as you know from Hotmail or Gmail is not possible. eVestigator has to use other techniques in order to get a positive match on both the stalker, combined with investigative techniques to match it to a suspect."
"It was determined that this particular stalker was sending emails to himself in the third person and then forwarding them to his ex, purporting that they were received from the partner of his ex in an attempt to defame the partner of his ex, along with 6 other identities aimed at the workplace of the partner of the ex, false testimonies from both sides and it was a major case."
"The results of this case are still pending as the remedies are multi-jurisdictional. It is unknown what the victim will do in this situation. He and his partner both were surprised of the outcome. To me, it seemed to fit like a jigsaw - yet it is something beyond somebody's normal conscious understanding to comprehend. Since catching many cyber-stalkers it surprises me with the blanket of strength the internet places over them. People have to understand - it is still a very serious crime."

These are made from true life events. They are not in any way intended as legal advice or advice in any way.

I appeared live on Sky News with David Speers at 4:30PM on the 28th June when everything was all very fresh. Below is the attached interview.

Where DOES EVESTIGATOR® OPERATE FROM?

Simply click on the map and you will be taken to the official eVestigator® page. 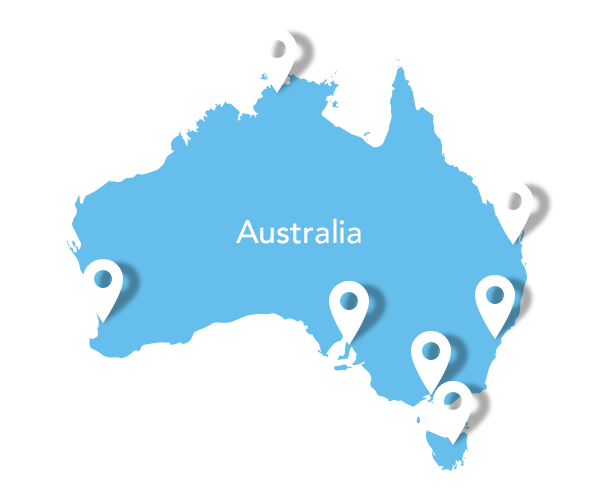 Receive an email whenever there is a new blog post in the eVestigator Blog.